Sixty years of BSPA Kazi Salahuddin refused despite receiving the award. Cricketer Shakib Al Hasan has been selected as the best sportsman in 50 years of the country’s independence by the Bangladesh Sports Press Association (BSPA). Where the current BAFFE and South Asian Football Federation president and former footballer Kazi Md won the second place. Saladin. But the former star footballer refused the award. 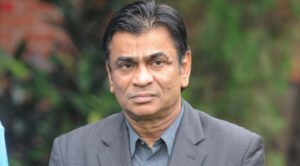 Ten sportspersons of post-independence Bangladesh were felicitated on the occasion of BSPA’s 60th anniversary at the Pan Pacific Sonargaon Hotel in the capital on Friday (December 30). But the Buff President left the venue soon after the names of the first and second athletes were announced.

The executive committee of Bafuf held a meeting on Saturday regarding the incident. In this meeting it was decided to reject BSPA’s second place prize. After the meeting, Buffe said this through a press release.

According to the press release, “Bangladesh Sports Press Association (BSPA) brave freedom fighter, one of the players of Swadhin Bengali football team, recipient of Shaheed Sheikh Kamal Jatiya Krira Parishad award and elected president of Bangladesh Football Federation and South Asian Football Federation (SAF) for the fourth consecutive term. Md. A decision was taken to reject the award of ‘Second Best Sportsman’ awarded to Salahuddin. Awarding such a farce to a brave freedom fighter is an insult to our great liberation war, freedom and independent Bengali football team and at the same time insulting to all involved in sports and football.’

Meanwhile, BSPA’s runner-up prize money check and crest were returned by the Buff Executive Committee. They returned it to the office of the Bangladesh Sports Writers Association.