BPL will have ‘full’ DRS only in eliminators and finals

One of the most important technologies in modern cricket is the Decision Review System (DRS). This technology plays a very effective role in making the correct decisions of the umpires on the cricket field. The Bangladesh Cricket Board (BCB) is also desperate to do better than the previous editions in the upcoming BPL, technically speaking. But its fullness will not be seen at the beginning of the season. 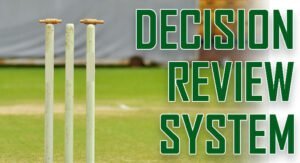 The ninth season of the seven-team franchise-based BPL T20 will begin on January 6. But due to the busy international schedule, the DRS technology is not available to the board from the beginning of the tournament. However, the three matches of the eliminator and the final will see full DRS technology.

Ismail Haider Mallick said, ‘You just know that the India series is over. Our tournament starts on the 6th. The thing about DRS is that it will be in the eliminator. There are three matches, another final. Here will be complete DRS. And in the remaining matches we are trying to provide an alternate DRS.’

The reason for not being able to bring full DRS, said the official, is that there are a lot of games being played all over the world at this time. There are two companies available for DRS – Hawk Eye and Virtual Eye. Basically Hawk Eye which is not available. Virtual Eye is usually done there in Australia-New Zealand. As Hawkeye is contracted in bilateral series, we can only bring in eliminators.’