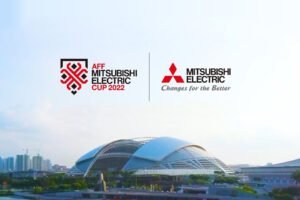 The tournament is recognized as an ‘A’ international tournament by FIFA, with FIFA ranking points being awarded since 1996. Mediacorp’s Channel 5 will air all matches LIVE on TV in Singapore from December 20, 2022 right up to the final on January 16, 2023.

The first ASEAN Championship took place in 1996 with the six founding members of ASEAN Federation competing with four nations being invited that came in that region. The final saw Thailand become the first champions of ASEAN as they defeated Malaysia 1–0 in Singapore.

Sports marketing, media and event management firm, Lagardère Sports has been involved in the tournament since the inaugural edition in 1996.

A biennial international association football competition, it is contested by the men’s national teams of the AFF to determine the sub-continental champion of Southeast Asia. The competition has been held every two years since 1996 scheduled to be in the even-numbered year, except for 2007, and 2020 (which was postponed to 2021 due to the COVID-19 pandemic).

Mediacorp will be AFF Mitsubishi Electric Cup 2022’s broadcast partner in Singapore and will have rights to broadcast all games live on selected channels.

“The deal underlines Mediacorp’s ongoing efforts to offer exclusive football action for free to a wide national audience, as part of its continued commitment to rallying audiences behind Team Singapore athletes and supporting the local sports scene,” said Mediacorp and the AFF in a joint media release